This post is the second that explores Web 3.0, this new Internet space. It shares the analyzes and vision of GreenSI on the current media and strategic turmoil around this subject.

The previous post showed that the Blockchain could play a role as a new economic infrastructure of Web 3.0, so that Internet users and companies can buy, sell and store goods and services in the new digital universes. Because what makes Web 3.0 is this ability for everyone to be able to own part of this digital assetwhen Web 2.0 has on the contrary shown an ability to concentrate it on a few players.

We can therefore see that the Blockchain is not the current revolution, but one of its instruments. It may be the technological tool for developing features specific to the trust, identity, ownership and decentralization of Web 3.0. But one can also wonder if the idea of ​​a decentralized Web 3.0, based on ownership, transactions and assets, is an idea that will catch on. Wouldn’t this be the latest of the whims of investors in search of new models to overturn the table of control of the value of the Internet by the GAFAs.

Because if there is a single indicator that alone would tend to prove that Web 3.0 will eventually take off one day, it is the amount of investment it attracts.

According to data from Pitch bookit would be 30 billion dollars worldwide in 2021 (+200%) with valuations in cryptos creating more than 35 new unicorns in 2021. A CIO of a large French group recently told me that his General Management wanted to invest, at all costs and quickly, several millions in Web 3.0, and that he was struggling to find projects that seemed viable to him.

All those unicorns Web 3.0 are not related to future virtual universes.

However, the two feed off each other, as the potential of a crypto is appreciated through its uses. However, these uses are today “idealized”, not to say “fantasized”, in these future virtual universes, and even by very serious consultants with a storefront.

GreenSI therefore advise to never lose sight of the uses, and their implementation time, when you let yourself be charmed by these new Web 3.0 technologies. Blockchain is a good example. Imagined in 2008 it was to become widespread within 10 years as a decentralized architecture, but apart from the niche of the use of cryptos, we are still far from it… and yet the studies of consultants are full of uses in all industries! Companies remain very selective. 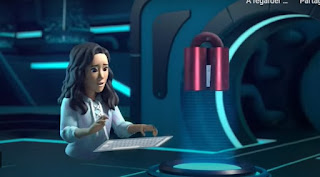 The first of these virtual universes that we think of is of course in the media the Metavers.

Indeed, the Metaverse”HorizonWorld“, has been in the spotlight since Facebook – became Meta – seeks to influence the part of Web 3.0 accessible from an augmented reality headset (Quest).

Other universes like Roblox, Where TheSandBox which is launching its season 3, are now more operational and many other scenarios than that of Meta are therefore possible. The Metaverse will not be technically unique and homogeneous.

In effect, Web 3.0 is a CONCEPT, that of the evolution of the Internet. 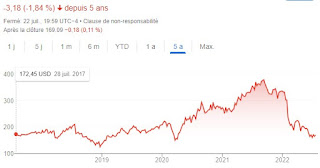 It does not have specifications validated by an international technical committee, such as 5G, which would then allow its homogeneous and interoperable implementation on the planet. It is therefore a battle of influence that has started to impose its concept. Meta, is the first in this battle, to try to bounce back from the difficulties encountered by its 2.0 model, and an action that has deflated to the level it was 5 years ago back. Four years of growth and dominance erased in one year.

By the way 2022 is a year of great changes that begins for Méta. Stagnation in the number of users, declining profits, departure of Sheryl Sandberg- Director of Operations and right arm of mark zuckerberg – who forged the company, the Metaverse is for Meta a bet that looks like a big double or nothing!

It is true that Meta’s lead in terms of VR headsets to connect to it (Quest), after the takeover of Oculus in 2014 (that’s a long time…), is undeniable. This advance was further confirmed this month with a comparative study of offers on the market. However, the plan to recruit 10,000 engineers to build this Metavers has already been revised downwards, 9 months later.

And it’s not just at Meta that the Metaverse skates.

At the house of Nianticfamous for its PokemonGo, we proceeded to an 8% reduction in staff and halted four major projects.

On the technical specifications side, announcements such as that of Meta, Microsoft and Nvidia, which join the Metavers Standards Forum, are going in the right direction. But tactical relationships and buyouts (to deprive others of certain technologies) remain in place. Let’s not be naive, it’s a battle being played out, and a lot of investments are trying to build the same thing, instead of coordinating to distribute the investments. 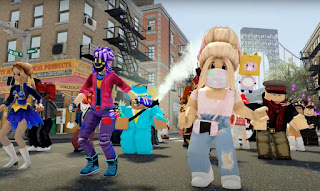 The only good news is, as we pointed out at the beginning of the post, the level of investment which is still very high. Whether it’s VCs, or companies that have a strategy that would benefit from such a universe.

Companies to keep on the radar, as they are still investing heavily, are of course Meta, but also Google, Microsoft, NVIDIA, Unity Software, ROBLOX, Tinder, Shopify, Epic Games and Nike.

The last, Nikediffers from the first because it does not push a platform, equipment or a future universe, but a brand and an experience that seeks to move in these universes, with their first users.

If these universes develop, the brands of physical products have a stake in positioning themselves and selling their virtual products.made unique by a blockchain application, the NFT’s. An NFT is a “non-fungible token” that represents an object, to which a digital identity is attached. This data is stored and authenticated using a blockchain. In other words, it is possible to have a virtual object of your own and to prove to the whole world that it is yours and to exhibit it in these virtual universes.

But if these virtual universes remain in the sphere of video games and do not grow, many will have invested for very little. Because there again, all is not at the party.

Already, public interest, which alone can generate usage, has been in freefall since the beginning of the year. So unsurprisingly, the rare figures from marketplaces like OpenSea are down, in number of visits and in transactions (we are talking about -75%). The NFT of the first tweet in history by Jack Dorsey, creator of Twitter, sold in March 2021 for the sum of $2.9 million, is worth almost nothing in the quotations of July 2022.

Web 3.0 still seems to be a battle for investors, to watch carefully.

If you don’t play in this category, how do you prepare for it? We can certainly familiarize ourselves with its founding technologies, and especially follow the volumes of development of uses. But to say that all the processes of the company are impacted by the Metavers, there is still water which will flow under the bridges. The legal is (oddly) an area with which you have to be vigilant with these new universes, because virtual or not, your brands and rights must be protected there. Imagine that in 5 years you find out that the porn leader in the Metaverse – yes, it’s definitely a usage – uses the same name as your children’s brand 😉

And then voices rise to orient Web 3.0 differently, the founders of the Internet, but also influential people in the White House, so the case is not closed. But that will be for the next post.